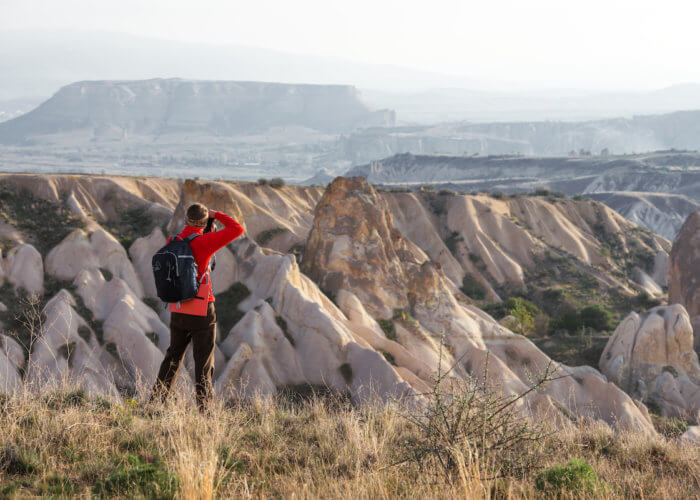 The region known as Cappadocia in classical times was reaching the Black Sea to the north and the Taurus Mountains to the south, the Euphrates to the east and the Salt Lake to the west. After the Persian invasion in 6th century BC, the region was divided in to two, the Pontus to the north and Rocky Cappadocia to the south. Today the most known and visited part of Cappadocia region is right in the center of Turkey and the name of the major city in this region is Nevsehir.

The origin of the Cappadocia’s name is Persian and it means a land of fine or beautiful horses. Horse breeding in the region goes back to Hittites 1900-1200 BC during the bronze age and during the classical period the area was renowned for its stables, and paying tribute to Persians with horses became a tradition in the area. Cappadocia was a kingdom in 6th century BC. After people of the kingdom failed against Persian attacks, they became the tributary state of the Persian Empire. Cappadocia was an independent state during Roman times and its capital was Nyssa (Todays’s Nevsehir). It remained in the Eastern Roman empire after the division in 395 A.D. In 1072, the Seljuks conquered the area, invaded by Tamerlaine in 1405, finally becoming Ottoman territory.

The formation of Cappadocia landscape was started 30 million years ego. Erciyes, Hasan and Melendiz mountains were three active volcanoes in the region and they played the major role for the formations of this incredible landscape. Over millions of years, their eruptions covered the land of 150 kilometers in diameter with thick layers of volcanic tufa and compressed volcanic ash. The erosion of water and wind shaped the landscape of Cappadocia for several millions of years.

A charming Cappadocian town set, like a typical fortifies town, on the slope, spreading over onto the plain below. The houses are typical of the region. These flat-roofed dwellings are warn in winter and cool in summer. The volcanic tuff of which these houses are built may be seen in its natural state along the routes from Urgup into the surrounding interior where one may encounter extraordinary views, particularly of the pinkish Stone quarried for building on the Urgup-Avanos road and the rows of fairy chimneys, crested configurations or eroded tuff between Nevsehir and Urgup.

The town possesses hotels, motels and guest houses of reasonable quality, and a sizeable shopping center, besides a small ethnographical museum. The area also boasts a locally grown wine of notable character.

A few kilometers from Zelve, in the area of Pasabag, one encounters amazingly complex rock formations with tower- like outcrops in pairs and clusters, or merged into extraordinary shapes.

The ruins of the ancient village of Zelve are 2.5kms. to the right of the Cavusin-Avanos road at the end of a track. It is an important complex of monasteries and churches which was founded on step slopes, some of it hollowed out of the rock, as in Ortahisar, Cavusin and Uchisar. As in Cavusin, erosion has forced the village to resettle in the floor of the Valley, which is actually two canyons merging into a gorge. The natural rock formations of this Valley are extraordinarily varied and unusual. A small minaret in the old village of Zelve shaped like a bell tower, is a landmark.

A small church from the iconoclastic period can be seen to the left of the entrance to the gorge.

The interior of the Uzumlu church is embellished with medallion rosettes, Christian symbols and forms such as the cross, fish, palm and vine stem. The vine stem is the symbol of Christ, according to early Christian iconography, a symbol to which are attached hopes for eternal salvation and happiness. According to the gospel of St. John, Christ says I am the vine and you are my shoots. Vines are much in evidence throughout the wall paintings of Goreme.

A second church, quite ruined, may be seen immediately above the old minaret. The Geyikli church contains frescos of a stag flanking a cross, and surmounting a fish. The stag, according to the iconography, represent the thirst soul drinking the water of life. It has also been used to symbolize devotion to God as well as Christ. There are at least five other churches at Zelve which have not yet been opened.

Three kilometers from Goreme, on one of the roads Nevsehir to Avanos stands the village of Uchisar.

Situated on a crest overlooking the entire Goreme region, this spot possesses an unequalled view of the tuff rock formations and surrounding cliffs. Originally the village was concealed from view and mainly carved into the rocks, but as a result of erosion, the rock-cut houses are now open to view at the foot of a highly – eroded rock face. A postern (secret passageway) leading from the old rock carved houses to the river bed 100m. Below has been discovered. This was originally used by the inhabitants of the village to draw water from the river in secret.

The rock face is eroded so that it resembles a ruined castle. A charming motel nestles at the foot of the rock. Brightly tinted slopes are punctuated with dovecots carved out of the rock. The droppings from these dovecots are annually collected for use. Below may be seen the Valley winding a way into the distance.

This small town lies about a kilometer off the road from Nevşehir to Kayseri and is set on a steep – faced, for-tress-like outcrop. Originally this area contained the main part of the village, in a 100km2, area big enough to hold Kızılçukur, Çavuşin, Elnazar and Uçhisar at once.

The village is now clustered at the foot of the fortress, the houses closely packed, box-like up the slope, with narrow alleys between. A postern links the fortress to the Christ citadel which stands a few hundred meters away in the center of the Valley floor. This, at one time, contained some of the village dwellings.

Since no signs of habitation were visible from outside, this was used by local Christians as a sanctuary during the Arab invasions. There are two notable structures, both churches, in the village, the Harım church and the Sarıca church.

At the entrance to the village are a number of man-made Caves dug out of the tuff at various times, which are used to store locally produced potatoes, apples and such furits and oranges, and lemons from the Mediterranean region, as a kind of cold store.

Two and a half kilometers from Goreme, on the slopes above the village of Çavuşin, is a rock face riddled by erosion that has forced the inhabitants of the old village houses on the slope to abandon them and resettle on the plain below. The ruins of the St. John the Baptist church, the oldest church in Göreme, are also to be found on the slopes below the rock face. The church, which dates to the 8th century, has been restored.

Above the road to Avanos just after leaving the village of Çavuşin stands the Çavuşin Church. The church, dated to the end of the 10th century, is today reached by a flight of iron steps. The red-painted frescos on what is now the facade were originally situated in the narthex. One enters the church directly through the narthex wall which erosion has opened up to reveal a triple apsed, rectangular, barrel-vaulted nave. The tunnel vault suggests that the church predates the cross- vaulted churches of Göreme.

The paintings of scenes from the New Testament are portrayed in a detail only surpassed by those of the Tokalı church. The colors and subject matter are some, what primitive in execution. Scenes include the Annunciation, the Visitation, Trial by Water, Joseph’s dream, the Flight into Egypt, the Three magi, the Shepherds, the Murder of Zacharias, the Pursuit of Elizabeth, the massacre of the Innocents, the Healing of the Blind, the Raising of Lazarus, the Entrance into Jerusalem, the Last Supper, the Betrayal, the Crucifixion, the Descent from the Cross, the Burial of Christ, Women at the Tomb, Christ on Mt Olives, the Ascension, the Transfiguration, and the Angel appearing to Joshua.

Welcome to Visit Cappadocia and Serendipity Tours Turkey. We are a fully licensed travel agency and tour operator, authorized by Turkish Ministry of Tourism and the license number is 7797.

Despite the long architectural history of the #chu

The #Tokali #Church, is one of the oldest #rock-cu

#Cappadocia has hundreds of #cavechurches and the

#Derinkuyu #undergroundcity is one of the most rem

#travel doesn't become an #adventure until you lea

#Cappadocia is one of the world's most ancient and

"Nature built them, but humans made them their own 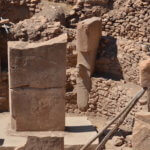 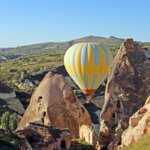 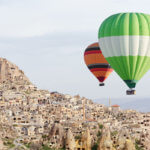